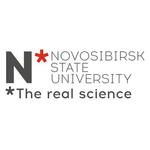 - Novosibirsk state university is located in the world-famous scientific center – Akademgorodok.
- 80% of NSU faculty members are scientists from the Siberian Branch of the Russian Academy of Sciences. So education is carried out in close connection with the world-class scientific achievements.
- In 1994, Efim Isaakovich Zelmanov, who graduated from the Department of Mechanics and Mathematics of NSU, was awarded a Fields medal.
- Among NSU alumni, there is one Academician of the Russian Academy of Education, and 28 Academicians and 37 Corresponding Members of the Russian Academy of Science
- The Large Hadron Collider for NSU is not just a research project of global importance in the remote CERN, but a project in which senior students, graduates and professors of the Department of Physics of NSU are actively collaborating. For example, the pentaquark was discovered in July 2015 with the assistance of NSU researchers. And by the way, one of the first particle accelerators in the world was created in Akademgorodok in the Institute of Nuclear Physics of the Russian Academy of Sciences
- One of the discoverers of Denisovan hominin is the Academician Anatoly Derevyanko, from NSU’s humanitarian Department. Extensive studies of the Denisova Cave in the Altai were actually initiated by NSU scholars and professors, as well as researchers from Akademgorodok institutes
- NSU’s Biological and medical laboratories collaborate with the State Research Center of Virology and otechnology "Vector". Vector is one of the two WHO (World Health Organization) Collaborating Centers for Orthopoxvirus Diagnosis and Repository for Variola Virus Strains and DNA

According to the QS experts, Novosibirsk State University is the second best university in Russia. But the costs of studying and costs of living here are substantially lower here than in Moscow or St.Petersburg. Moreover, 65% of bachelor students get a scholarship for the first year of their studies

Novosibirsk is the non-official capital of Siberia and the scientific center of Russia. Moreover it is one of the most rapidly growing cities in the country being its Siberian cultural and economic center as well as a major transportation hub. In Novosibirsk one can obtain high-quality English taught training at comparatively low cost of living and education. Novosibirsk is among top 20 Best Student Cities in the world according to the availability of education. Ranking specialists especially point out the unique R&D atmosphere of the Academgorodok center where Novosibirsk State University is located.